So my telling creative writers not to launch a blog may seem a bit hypocritical, coming from someone who has blogged off and on for more than twenty years, and even taught blogging through The Loft Literary Center. I certainly don’t want to kill anyone’s dreams. That said, I think in 2020 most published authors would do well to focus their promotional efforts in other areas.

What is your advice for having a Blog since there are so many out there. I’m thrilled to have finished my book and got it published. I have a good website and would like to add a blog. I don’t know what to focus on, my book, or other topics? Is writing once a month enough to have a blog. Your feedback is appreciated. 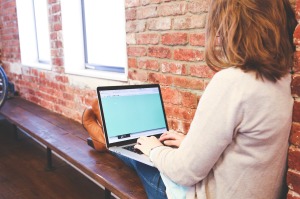 Having just said that no one comments on blog posts anymore, I’ll hope that I’m wrong. What are your thoughts on whether creative writers should start their own blogs?

6 thoughts on “7 Reasons You Shouldn’t Launch a Blog”