UPDATE (August 17, 2019): I’m so grateful for the individuals who reached out and agreed to be beta readers. I’m good for now, so anyone finding this post is off the hook. Can’t wait to get feedback!

It’s a big ask, hoping someone takes the time to read a novel you’re writing, with nothing in it for them other than the possibility they’ll enjoy it. (Well, should the novel be published, they’ll definitely be praised in the author acknowledgments.) I know from experience how valuable beta readers can be for a work-in-progress, however. So I’m asking. 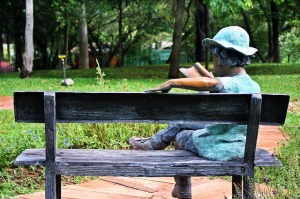 I have just completed the fourth draft of an urban fantasy novel, tentatively titled The Unmoving Stars. At 112,000 words, it’s within the range of a stand-alone fantasy novel, but is intended as the first book in a trilogy. I believe it is very close to final.

I’ve tried to capture the whimsy and charm of Neil Gaiman (Neverwhere, American Gods, Good Omens with Terry Pratchett), the multiple characters and story lines of Philip Pullman (His Dark Materials trilogy, coming soon to HBO and BBC), and an underlying conflict among generations regarding the proper path to justice that echoes N.K. Jemisin’s Broken Earth trilogy.

My focus right now is on crafting a query letter and book proposal. My hope is that while I work on that, a few fans of one or more of the authors I’ve listed above will be willing to read my novel-in-progress. I do not expect edits, or even substantive suggestions. All I really want is the honest reaction one would share with a friend after reading a novel and being asked about it, or what someone might write in a Goodreads or Amazon review.

If you’re interested, feel free emaile me at patrick@patrick-ross.com . And to all of my readers, my apologies for my absence the last few months. Now you know what has been keeping me so busy!

5 thoughts on “Would you like to beta-read an urban fantasy novel?”