Today I’m honored to provide a guest post by Lisa Hayes, a singer/songwriter extraordinaire. I’ll confess to a love of passionate and lively Americana roots music, and I love Lisa’s music. I’d describe Lisa as three parts Susan Tedeschi (before her music became a bit, at times, sappy) and two parts Grace Potter (before she added in disco funk elements). But today we’re going to enjoy the output of another one of her muse influences, her engaging prose.

I’d like to start by thanking Patrick for asking me to guest post on The Artist’s Road. Besides his blog, Patrick’s tagline is a favorite of mine.

At Monday Morning!, my tagline is For Writers (&Fans) of Women’s Fiction & Roots Music.

I hail from the storytelling world via songwriting. My publishing deals were in tandem with record deals. That’s because they were for an artist versus a songwriter, as in Springsteen, Petty, Cold Play (my stab at something other than ancient), etc.

To give you an idea of how much words matter to me, this is a favorite review culled from twenty-five years worth for Rebel Train, The Violets, Lisa Hayes & The Violets, just plain Lisa Hayes, & now the Lisa Hayes Band.

“Slide guitar and aggressive drums take the back seat to Lisa Hayes and her soul-searching brand of musical poetry.”

My first publishing deal was from Kaz Utsunomiya, then President of Virgin Publishing. As you can well imagine, I hold a special place in my heart for Kaz. Next up was John Titta, then Senior VP/General Manager of Warner/Chappell Music. He reached out his hand after a gig at the Mercury Lounge in New York and said, “I hope you’ll consider making your home with us.” And with that handshake (and then way too much moolah spent on a music lawyer hashing out those pesky “details”), I realized a lifelong dream. Warner/Chappell. I had reached my own personal songwriting pinnacle. The years of van touring, living in band houses, and thousands of hours spent honing my craft…well, it had paid off, again.

I have now embarked on a different creative path, deciding to write a novel, which I have (sort of) finished. Damn there’s some serious editing involved in corralling 80,000 plus words! There are two more stories percolating in my head along with a screenplay.

I am also sorting out the maze known as Looking For an Agent.

For my first novel, I started with what I know, setting Reinvention in the behind-the-scenes world of L.A.’s music industry. This enabled me to give readers something I rarely see depicted—a realistic peek behind the music industry’s curtain in all its glory and gory detail, eschewing the sensationalism and especially any one-song shows where an ingénue becomes—ta-dah—famous. Basically, anything that makes me cringe because it’s B.S. My second novel? There’s a lot of time spent on Planet Jugulahr with a flapper lovin’ alien. 🙂

So, now that you know enough about me to follow this post, I’ll get down to the subject that Patrick thought would be interesting for me to explore: What it means to honor your muse as both a musician and a fiction writer.

I love that Patrick chose the word HONOR, and I’d love to know if you feel that word as deeply as I do when it comes to your art.

Another important word to me is IMAGERY. Making someone feel in words, this is a must for me.

And the biggest word of all? HONESTY.

I divorced after 18 years of marriage and then jumped into a rebound. Big mistake. After extracting myself, I sat in my music room and wrote for a year. Literally.

I wrote about the rebound’s painful experience. Excerpt from “This Winter” (an unreleased song).

If I could write a story

Of betrayal and lost faith

I’d wrap you in the pages

And put the book away

I took a good peak under my rug o’ life and came clean about my obsessive behavior during said rebound. Excerpt from “Sweet Forgiveness.”

With his every waking thought

If I just listen a little closer

I recorded a solo CD and then moved to Austin, TX, where I wrote about leaving so much behind—my old life, my band. I crafted the words to reflect my emptiness. Excerpt from “She Drives.”

She looks a mile or so ahead

Down a long and dusty road

Behind her there is nothin’

But a long long time ago

Yeah, it was time to go

She drives down the highway

But hey, if she just keeps goin’

It would be another year of distance before I could write about my marriage ending. Excerpt from “Somewhere Deep In Texas.”

See I took a deep breath

Took a good look around

I closed all the doors

I never made a sound

I took a piece of my heart

And laid her on the ground

Where she was found

And I moved on

But I haven’t let go

I’m hopin’ that it shows

I carried my heart

To where the green grass grows

And somewhere deep in Texas

ADMISSIONS. CONFESSIONS. But there is also a recurring theme throughout my songs. HOPE. Yes, I am aware how dark my words can be, but they are always laced with hope. On purpose.

So what about writing fiction? What about all those 80,000 plus words that are made up? Where does my musical muse fit in when she’s not there to fly free with the unvarnished truth? And is there truth in fiction?

Of course there is.

I do not profess to speak authoritatively on fiction writing, but I would bet my bottom dollar that every writer has sprinkled bits of themselves throughout a novel. How can they not? I know they speak the truth of their vivid imagination.

So, did my musical muse come in handy? You bet. My first draft flew by with her leading the way. Except for the 60,000 to 80,000 word slog. What a pisser! When the puzzle fitting part of novel writing kicked in, I benched her. Then I added a new scene, and she led the way again, creating one of my favorite characters—Lenny, an old-school radio promoter. He dropped in and browsed on the cheese plate while cracking wise. Love that guy. Who doesn’t exist.

Well, I have gabbed on long enough. I’ll end by stringing together my capitalized/bolded words. My penchant for noticing when my subconscious is trying to speak. HONORing my muse—IMAGERY. HONESTY. ADMISSIONS. CONFESSIONS. HOPE.

I’m guessing how I honor my version of storytelling be it songwriting or fiction. Good eye, subconscious. Good eye.

I would love to know how you honor your muse… 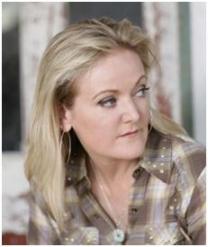 At age 14, the first song Lisa Hayes played on guitar was the first song she wrote. She’s been writing, singing, and playing ever since. After twenty-five years as a professional musician, with two major label record & publishing deals, one indie, and two self-released CDs under her belt, she took time off to write her first novel, which she has recently finished. Read her blog, hear her music, and find her on Facebook.