AWP, CHICAGO: “As a beginning writer I was told to find my voice,” as if it were something lost, Sue William Silverman said at a Friday AWP panel titled “Containing Multitudes: Shifting Voices in Fiction and Creative Nonfiction.” “Was it under the bed?” 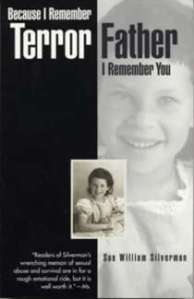 Then Sue–author of the best-selling memoirs Because I Remember Terror, Father, I Remember You and Love Sick–shared the truth: “That advice was inherently wrong.”

I would summarize Sue’s remarks to say that in creative writing the voice belongs not to us, but to the work. I think it’s fair to say writers over time develop a certain style–their use of vocabulary, their preferences of sentence length, their embrace of metaphor–but each written work has a unique voice that will allow it to sing.

In the case of Sue’s first memoir, Terror–winner of the AWP Award in Creative Nonfiction–she wrote about the trauma of a childhood defined by a sexually abusive father. When you read the book–and you should–you’ll feel the pain and the growth of that child through that voice.

Sue said she struggled with the voice of Love Sick, which is told from the point of view of an adult going through therapy for sexual addiction. The childlike voice of Terror couldn’t work, but the larger issue was that there were actually two voices competing to be heard in the book; the voice of the compulsive addict, and the voice of the woman seeking healing.

I’ll attest to the fact that she handles the dual voices in Love Sick masterfully; the book is plotted over the course of an in-house month of therapy, and with those two voices Sue puts you in the middle of the wrestling match she was experiencing in her own head.

(Sue provides more detail on voice in Fearless Confessions: A Writer’s Guide to Memoir. I know, because currently I’m reading it for the third time.)

It’s fair to say that fiction writers have no limits as to the number of voices they might deploy in a work. Fellow panelist Robert Vivian said that in his first novel, The Mover of Bones, the story is told by 16 different characters. In fact, the backstory of the novel is revealed through these other characters–from a hobo to a legless man–as they interact with Vivian’s main character, Jesse Breedlove. Bob confessed that when he began the novel he had over 50 character points of view.

Voice isn’t just a means to flesh out a character or reveal plot detail. It is at the heart of the work’s coherence.

Sue said “when a piece is not working for me, nine times out of ten it’s because the voice is forced.” I don’t know if Sue attended Margaret Atwood’s lecture–only a third of the conference’s 10,000 attendees could fit in the grand Auditorium Theatre to hear her–but the author of The Handmaid’s Tale and other fine works too cited voice as a primary cause of writer’s block.

Fans often write to Sue, telling her they feel they know the author after reading her two memoirs. I likely did the same thing when I met her in person at my first summer residency last year at the Vermont College of Fine Arts, where I also met her fellow VCFA lecturer Bob Vivian. Sue told the audience she is flattered when she hears this, but also perplexed. In each book she is only sharing a part of herself, the part the voice demands to be revealed.

“Is neither or both [of the memoirs] the real me?” Sue asked. Of course, no individual can be summarized by one story, or two, no matter how skillfully told. Sue then reflected on a good nugget of wisdom for any creative nonfiction author, but one that also applies to Bob Vivian’s fictional character Jesse Breedlove, who in The Mover of Bones is being seen through so many character’s eyes.

Writing, Sue said, is not merely depicting a life. “It is turning a life into art on the page.”