As some of you know I have another project in addition to this blog. Since 2009 I’ve been promoting an increase in civility through my iCivility campaign. For a fair while now the only digital manifestation of this campaign was a web site that, well, was pretty stagnant. 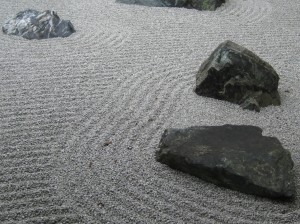 When The San Jose Mercury News last week ran an oped by me calling for all of us to work to increase civility and recognize our roles in causing it, I received a tremendous inflow of encouragement. I also received a little finger-wagging at being so out of touch with social media. Folks wanted to follow the campaign on Twitter and Facebook. Why wasn’t I there?

Cluelessness? That’s about the only response I had.

So I’ve taken heed. I’ve just launched a Twitter feed appropriately named @iCivility, and a Facebook page called The iCivility Movement.I’d love you to join the movement, and forward it to your friends!

One problem with the web site was there was no easy way to keep visitors abreast of the latest developments regarding civility. This became very clear after the recent tragedy in Tucson, which has returned civility to a front-burner debate. I promise to keep the Twitter and Facebook feeds active with the latest news and insights.

Together we can all make a difference.

2 thoughts on “Expanding the iCivility Campaign”

I'm an on-and-off creative writer, currently on.
Join 11,190 other followers
Follow The Artist's Road on WordPress.com